Even if you are a person who is very careful about the food you are eating, you might still have a couple of items which people are particularly prone to ignore when it comes to their expiration dates and the possibilities of storage. Some of them will just lose their quality with time, whereas others can become dangerous for consumption.

If your kitchen is prone to having high humidity, you should be very careful about storing these products as they can get attacked with fungi. If the humidity and temperature in the room is appropriate for storage, there is still no sense in doing it for longer than three years for these products as they will just lose their taste and aroma.

Some people have a particularly poor understanding of the technology of freezing. Some believe that keeping products in refrigerator saves them from any possible spoilage whereas others are even sure that freezing itself is one of the processes of sterilisation. None of this is true.

The temperature which can stop any life of microorganisms in frozen products had to be close to -200℃. In such a temperature, you will be able to store your products in a refrigerator for years. Needless to say, the average temperature in the home freezers is about 40 times higher. In such a temperature, a whole range of bacteria and fungi are still active, albeit not thus intensively as in the high temperature. The worst thing is that once you get the food out of the fridge and its temperature gets high, the microorganisms will start proliferating very actively making the product prone to get spoilt faster. Tissues of the products, which are getting damaged due to the change of the pressure coming with the changing of temperature helps microorganisms to get into deeper layers of food more easily.

By the way, freezing is not killing microorganisms. It only takes them into a state of suspended animation which is a temporary condition changing to a normal living state when the conditions are getting more auspicious, hence can never be used as a method of sterilisation.

If you love keeping several types of oils at home adding them to various dishes from time to time, it might happen that some of them get spoilt and you will not notice it. Oils are getting rancid because of the oxidation of fat which releases aldehydes. These substances are the culprits of a rather unpleasant taste of old butter and oils.

Some people have a higher tolerance to this unpleasant taste and might be willing to keep on consuming such oils. If the taste does not stop you, remember that aldehydes can cause poisoning which has the symptoms of a hangover. By the way, these substances are one of the major culprits of real hangover.

Pay your attention to the fact some oils or butter can get spoilt even before the expiration date as a result of inappropriate storage.

Another popular and dangerous product which can be found in many kitchens is sprouting potatoes.

Sprouting potatoes might taste just like any other potatoes which will make you feel as if there is nothing wrong in consuming them. Unfortunately, they can be rather harmful for your health.

Once potatoes start sprouting, they are producing substances known as glycoalcaloids. Small amount of glycoalcaloids might be unnoticed by your body, however, eating such potatoes on a regular basis can cause sudden decrease of blood pressure, strong migraines and even death.

Some people believe that particular preparation of such potatoes will help them avoid poisoning. This preparation includes thorough cleaning, peeling and frying. Unfortunately, there is no proved information on this topic, that is why it is better to get rid of such a product. It is also sensible to avoid buying potato in large amounts if you do not have possibilities for storing it in the way which not cause sprouting.

Unlike the belief of some people, canned food also has its expiration date. Even if this food was prepared by you and therefore does not have any information about its expiration date, it still will get old and not suitable for consumption. Usually, purchased canned food is not eatable longer than for five years (for many products it is only two years). The food prepared by you should be consumed within a year.

Some people love adding different sauces to various dishes and therefore, always keep a couple of opened sauces in the refrigerator. You should be careful with their expiration dates as well as sometimes such products can be overlooked and kept for a way too longer time that they are supposed to.

Actually, sauces have a different expiration date once you open them. It is not recommended to keep them opened for longer than 15 days.

Protect yourself from these psychological patterns 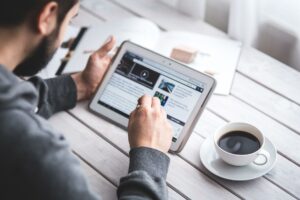 What can you do to make the air at home cleaner?